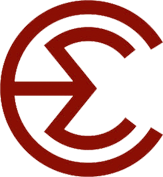 The Journalists’ Union of Macedonia and Thrace Daily Newspapers (ESIEMTH) is Greece’s oldest and second largest journalists’ union, representing over 800 media professionals. It is a full member of the International Federation of Journalists (IFJ) and the European Federation of Journalists (EFJ), participating in their various campaigns to safeguard labor rights, promote freedom of expression and maintain high standards of journalism. ESIEMTH serves on the EFJ’s Steering Committee, is the co-chairman of the EFJ’s Labor Rights Experts Group and is also represented in the EFJ’s Broadcasting Experts Group. In addition to trade unionism matters, ESIEMTH is active in providing lifelong learning opportunities to its members, recognizing that journalism is undergoing major technological changes at lighting speed and journalists need to embrace the change and learn new skills to meet the demands and challenges of a changing profession. As of the year 2010, ESIEMTH is regularly conducting a series of seminars, lectures and workshops on New Media, in order to provide its members and the local media community the opportunity to adjust to the rapidly changing landscape in the field of Information and Communication Technologies (ICT). During the past decade, ESIEMTH has served as partner to numerous EU programs, namely the following EQUAL projects: 1) Community Media Network - aimed at combating discrimination against socially-isolated groups and influencing public opinion in order to overcome stereotypes, racism, xenophobia and discrimination; 2) ZEFXI, a Community Initiative aimed at reconciling work and family life, where ESIEMTH was responsible for recording and compiling data concerning the access of socially vulnerable groups to the labor market. ESIEMTH has also participated in the global campaign launched by the International Federation of Journalists in 2008 to promote ethical and responsible journalism through accountable media. Namely, the purpose of the Ethical Journalism Initiative campaign is to fight racism, xenophobia and anti-semitism by promoting freedom of expression and exercising the highest professional standards of journalism. Earlier, ESIEMTH was also a partner in the Open Horizons (INTERREG III A / PHARE CBC) and the Western Balkans Democratic Participation (WEB-DEP) programs (http://www.web-dep.eu)

Digital spending - the acquisition of media…

Euro-Mediterranean relations and the Arab Spring: EP hosts seminar for journalists in Brussels

The aims of the research were to…

This project has been funded with support from the European Commission within the framework of the Lifelong Learning Programme of the Education and Culture Directorate General. This website reflects only the views of the authors, and the European Commission cannot be held responsible for any use which may be made of the information contained therein.